The Microsoft HoloLens offers a very high end augmented reality (AR) interface. AR allows you to see the real world around you, and also see and interact with virtual items, that an AR device such as the HoloLens allows you to see.

It has a great build quality and hologram resolution is amazing. The sound quality it great, and best of all, it is hands free, no connections needed, and you can interact with the holograms. I can see a very high potential in a product

like this. I do find it’s name a little bit misleading, as from my research, the device is not at all projecting a hologram, but is instead displaying what you see on a very high quality, see through screen so that you can still see the real world around your, without having to actually having to project a hologram.

Some disadvantages of this item are that Microsoft has not yet revealed the battery life and price. It is not easy to fit on everyone properly as it is a headset which currently has only one size. Also the viewing angles need improvement, and it is still quite glitchy.

Microsoft has partnered with the NASA’s Jet Propulsion Laboratory who plans to allow scientists to control rovers on Mars in augmented reality with Windows Holographic. 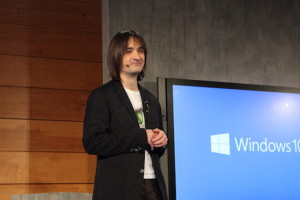 Alex Kipman from Microsoft’s Operating Systems group announced that every build of Windows 10 will have support for holographic user interfaces that users can interact with in three dimensions.

The HoloLens has a on-board CPU (Central Processing Unit) and a Graphics Precessing Unit (GPU), along with a new processing chip called the Holographic Processing Unit (HPU) designed to handle the advanced processes of augmented reality such as recognizing your voice, keeping track of where holographic items are placed, and many other things. The device also has speaker unit, so that a user can hear what they’re interacting with in addition to seeing it.

Unlike most virtual reality devices, the HoloLens doesn’t require any external cameras or markers to allow the device to function properly. Users should be able to put it on, and quickly and easily view holograms around them. 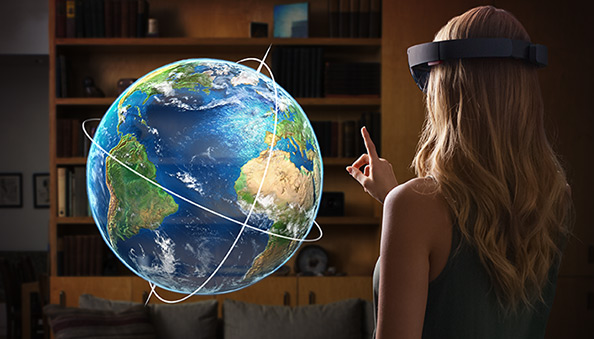 Alex Kipman encouraged developers working with virtual reality platforms such as the Oculus Rift and Magic Leap to jump over to Windows Holographic and design augmented reality experiences.

In addition to the developer tools that allow app-makers to build holographic experiences, Microsoft is also launching HoloStudio, a tool that lets people build holographic objects in space around them, and then get them 3D printed. 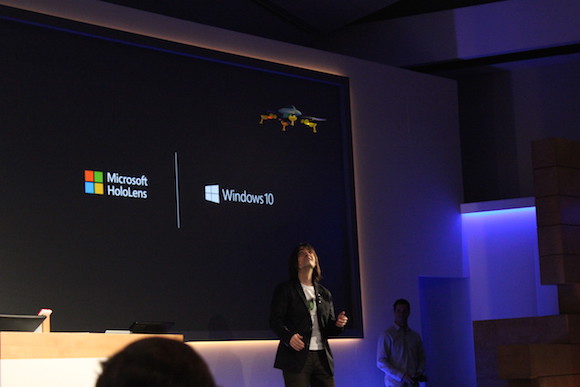 Kipman said “Holograms are like print preview for 3D printing,” right before showing off a quadcopter (above image) that had been 3D printed from a model created in HoloStudio. 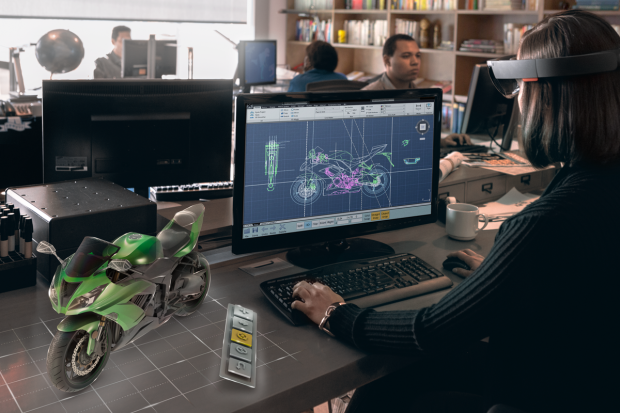 Consumers will have to wait to get their hands on the holograms, though, as the company hasn’t given it a release date or a price yet. The only thing that we know about release dates is that it will be available around the Windows 10 release time frame.